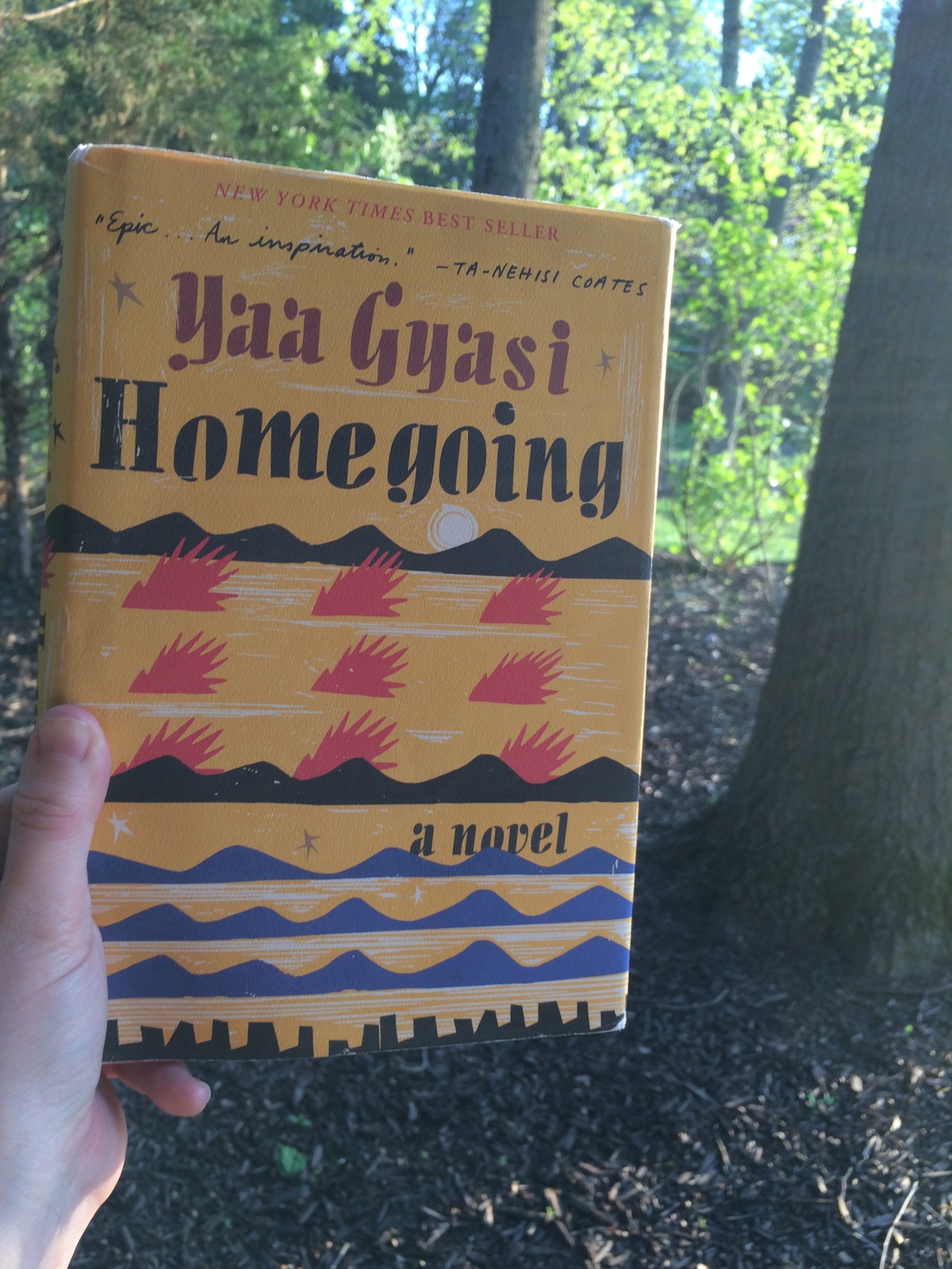 My “Readings in Global Literature” class was not at all what I expected it to be. The literature chosen for class focused mostly on the transatlantic slave trade. There is nothing wrong with this at all, and I learned so much, but when I read the course description I thought we would be reading novels from all around the world. I hoped to read a book from China or India, then maybe some from Russia or the Middle East. Basically anything but American or European, which is what most of the literature courses seem to concentrate on.

This was my only complaint with the course. Otherwise, the professor was phenomenal, and we read several wonderful books. One of my favorites was the novel Homegoing by Yaa Gyasi. The title apparently comes from an old African-American belief that when they died their souls would journey across the ocean, back to their homeland of Africa. The author herself was born in Ghana and raised in Alabama, and says that the character Marjorie has very similar experiences to herself. Which is interesting to know once you get to her chapter and the chapter of Marcus at the end of the book.

In my opinion, Homegoing is epic. I say this because the purpose of the novel is to try and trace the effects of the slave trade across generations, starting back in the 1700’s all the way to present day. Gyasi does this by following the story of two half sisters born in Ghana. One is sold into slavery, one remains in Ghana.

Each chapter is almost like a short story. A portion of a character’s life is relayed, giving key information about the family and about important events regarding slavery during that time period. The next chapter switches to the other branch of the family, so you go from Ghana to the United States and back to Ghana.

In some ways, this could be a bit confusing. Often times you meet a character once then see very little to nothing of them ever again. I did find myself referring back to the family tree at the opening of the book, just so I could gage where I was at generationally, but it helped that any chapter that takes place in the United States is one sister’s descendants, and the others are still living in Ghana. Gyasi also weaves in recurring themes of fire and water, which help to tie the story together.

The scope of the story is just incredible. It’s so ambitious, to try and condense so much history into one novel, but I truly think that the author did an excellent job. I’ve read some reviews that remark on how her characters have “all the things” happen to them just to make reference to important historical events, but personally this did not bother me. I liked that it was there to remind you that these things did happen to real people. It made the story all the more compelling to me in a historical sense.

I found this book absolutely breathtaking. Every chapter, every generation that brought me closer to present day had me more and more wrapped up in the story. I didn’t feel disconnected at all from the geographical or character jumps. I just wanted to see how the author was going to tie it all together. Her prose is pretty straightforward, except for now and again she breaks into a kind of poetry that always made me stop and reread the sentence.

Definitely one of my favorite reads this semester.