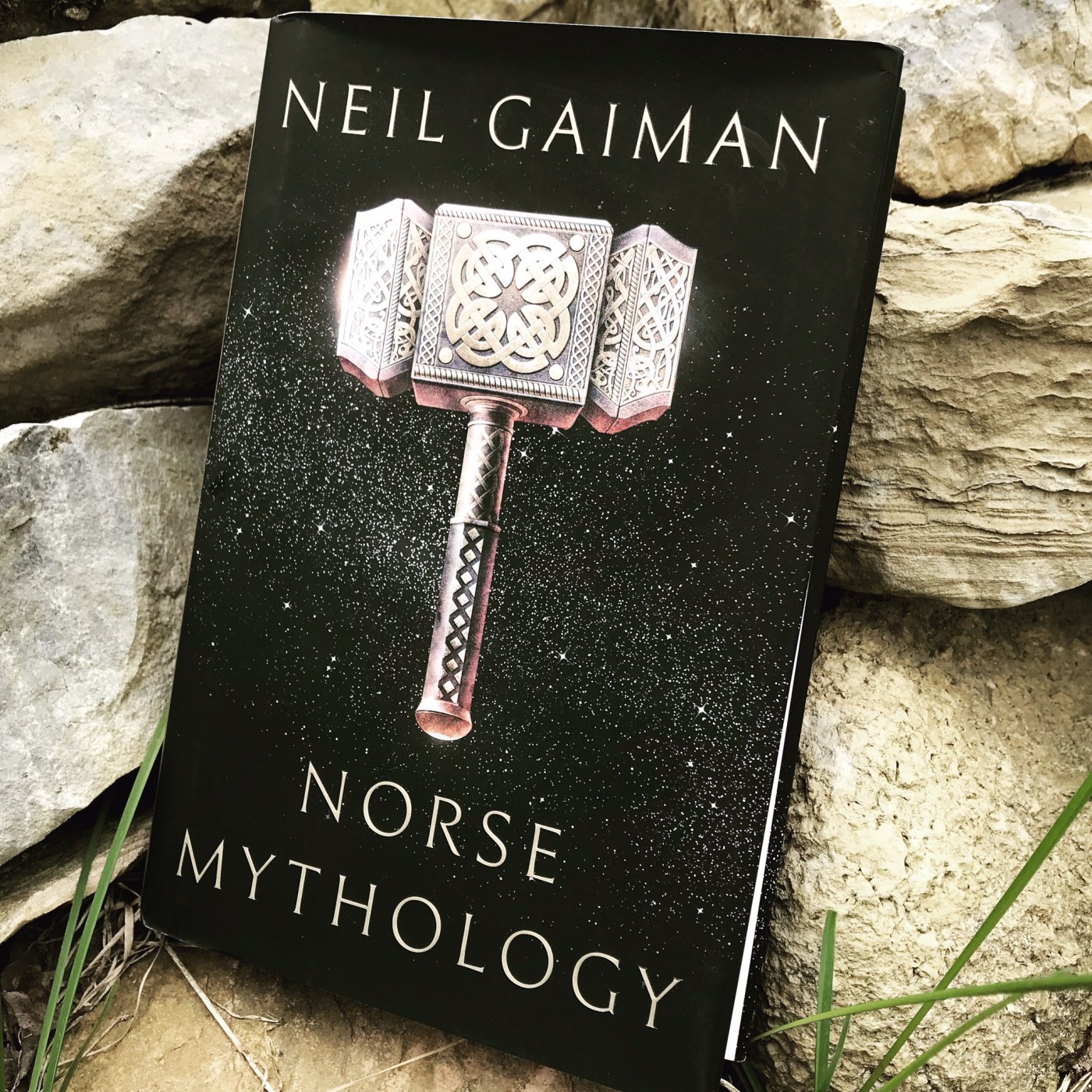 The more I read them, the more I love old myths and legends. They’re more than stories, more than magic and gods and the fantastic, they’re part of the history of a people group. They give insight into what mattered to a culture, what a people believed about themselves and life.

My husband is half Norwegian. His father’s parents emigrated to the United States after their first child was born. They are all very proud of their heritage, which shows itself in recipes, jokes, and heirlooms and even a regularly repeated rumor of lineage to Odin. *wrinkles nose dubiously* So when one of my favorite authors announced that he was releasing a book of Norse Myths, I was extra excited to read it.

I often describe Neil Gaiman’s writing voice as beautiful to the point of dangerous. His tone is fluid, poetic, and enchanting. Once he begins to tell a story, I don’t want to stop listening, and if my 9 month old baby wasn’t trying to nibble the book every time it appeared, I would easily have finished this book in two days. In the end, it took me two weeks and the dust jacket, which frequently sacrificed itself as bate to her grabby, curious hands, barely escaped with its life.

The myths inside are not written as a bare timeline of incidents the way I remember Hamilton’s Mythology, (which, while informative, I will always refer to as “the cure for insomnia”). Norse Mythology read like a novel, each episode one step closer to the inevitable doomsday of the gods, Ragnarök. The cast of characters includes fiendish dwarves, clever giants, and many flawed, yet powerful gods. Gaiman tells each tale with his usual flourish and touch of humor. It was perfectly executed.

Basically this book is beautiful and everyone should read it.