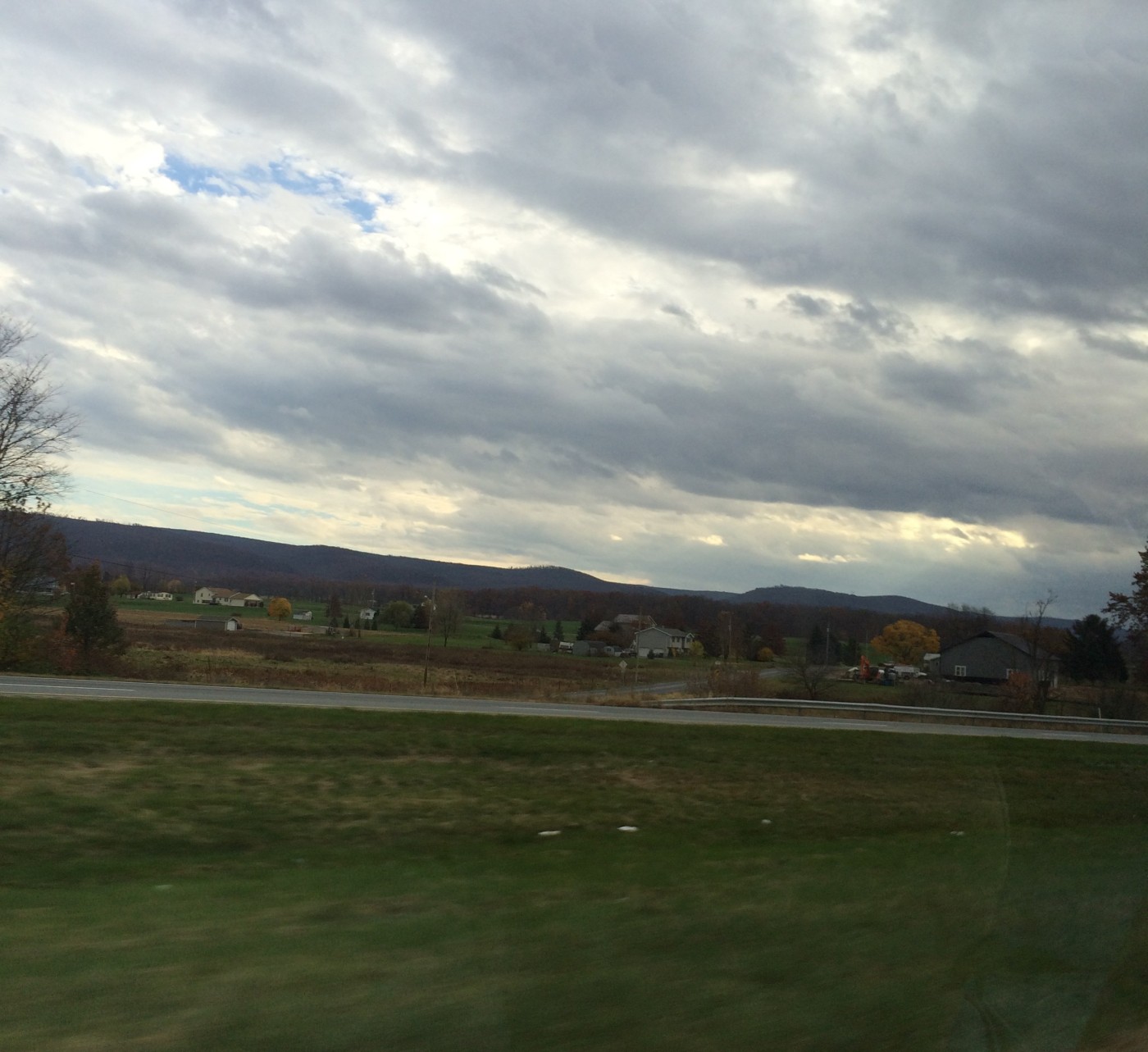 A few weeks ago, I posted about my struggle with anxiety disorder and depression. After which, I mentioned how I’ve been  pushing my boundaries, forcing myself to stand against the things that most frighten me

On this list is the gradual expansion of my forty-five minute radius safety bubble. I was sitting at about two and a half hours when my in-laws invited us to ride with them to Williamsburg, Virginia, six hours from home.

I’ve always wanted to see Colonial Williamsburg. I love history and museums and I’ve heard that it is super pretty. Another bonus incentive was that the first days’ drive ended after 4 hours, in an overnight at my brother-in-law Ben’s house, to visit with him, Chelsea, and the kids. They have invited Timothy and me down to see them many times, but I was wasn’t ready for the drive. I hated myself each time I said no, especially since I could see how badly Timothy wanted to go. So this time, I took a deep breath, swallowed, and said, “Sure, why not.”

I spent the next few days just blocking the whole thing out of my mind. And on Friday morning, I hopped into the car with my laptop and sat there tapping away on my project for NaNoWriMo, knowing that I would probably only manage a few hundred words for the next 3 to 4 days. The ride was fairly easy, simply because I refused to think about it. I listened to Walter Isaacson’s biography on Steve Jobs in my earbuds and before I knew it, we were sitting in front of Ben and Chelsea’s beautiful Yellow house.

I feel bad, because we were only there overnight, and I was like a zombie. I felt like Bilbo Baggins when he said, “I feel thin, sort of stretched, like butter scraped over too much bread.” I hardly interacted with anyone and spent much of the time alone in our room. I stole away my husband for a while and wet his teeshirt with my tears of exhaustion. He kissed my forehead and whispered to me about how brave I was. I was so gone I barely heard him; all I could think about was the 2 to 3 hour drive we had tomorrow.

Though numb and frightened, I managed to begin a chronicle of my journey. That night, my journal entry began with this quote from Neil Gaiman’s, “Coraline.”

Because, she said. when you’re scared but you still do it anyway, that’s brave.

I was not relaxed when I got in the car Saturday morning. I managed to reject Ben and Chelsea’s sweet offer to end my journey there, and wait until Mom and Dad came back through on their way home. I dropped deep down inside my head, to that place where I didn’t think about what was happening. It was harder to find it this time. I held to Tim with my right hand and had my friend Steve in my left, who I texted on and off the whole trip discussing distracting nonsense like what edicts he would pass as the first global dictator. Mom and Dad were off to a wedding, so they left us at the hotel. Tim and I dropped our things and walked a half mile to Colonial Williamsburg.

I lived in each individual second, busying myself with the joy of being in a place I’d never seen before. We had a lovely walk together and ate at one of the pubs, before we went back to the hotel room. That was when it got hard. Honestly, that nice little room was the hardest place to be the whole trip. It felt like I was in the waiting room of a hospital, cold and half naked in my dressing gown, waiting for the beginning of major surgery; that surgery being the six hour ride home on Monday.

That night I opened my journal entry with another Neil Gaiman quote. This time from, “The Graveyard Book.”

Face your life, its pain, its pleasure, Leave no path untaken.”

Sunday was the hardest day. I didn’t sleep Saturday night. I was too anxious. And this is not meant to imply that Sunday wasn’t fun; it was lovely. But once daylight faded to nighttime, I fell into pieces in that hotel bed. I cried and shook and paced the floor. Timothy held me and my friend Steve threw me occasional texts, asking me if I was okay. I wasn’t okay. I just wasn’t. What little sleep I got was filled with nightmares about car accidents and eternal loneliness. That night I was too screwed up to write anything in my journal.

Monday morning came. I made my journal entry early that morning, mixing quotes from Neil Gaiman and Charlotte Brontë. A fitting mixture of past and present. I read Neil Gaiman’s “Neverwhere” about a year ago, and since then my love for his writing has bordered precariously on obsession (Not in a creepy stalker way, but in a buy-all-the-books-in-multiple-copies kind of way. The way most authors want to be loved. 😉 ). I can’t help it really. He’s a genius. He has a way of making me laugh and cry and want to be brave all at once. I’ve had that experience with other books, but he is one of the only authors that gives me that experience so consistently. And as for dear Charlotte, I often attribute my love of fiction and literature back to when she blew open my literary world at 9 years old with, “Jane Eyre.”

I did not know when we drove away at 10:45 that I we would not get home until 8:30. And it wasn’t until Tuesday that I really had the energy to fully comprehend what I’d done. I’d driven further from home than I’ve been since I was fourteen. I finally saw Colonial Williamsburg. I’d finally seen Ben and Chelsea’s house. It made me feel strong, like a warrior who cleared a battlefield of the enemy and now, weak and bloodied from the effort, silently absorbs her victory from a distant hilltop. I survived and I feel more alive than ever.

4 thoughts on “A Road Trip with Neil and Charlotte”